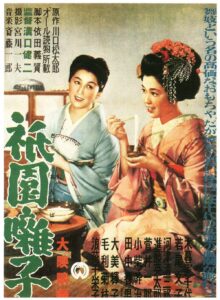 Chapter scope:  This chapter asks how representations of the maiko have shifted from “victim to artist” in popular narratives produced since the 1950s. It examines two acclaimed films from the 1950s, a serialized drama broadcast on national TV, and two bestselling narrative manga crafted to appeal to girls and women. The chapter invites readers to consider these narratives against changing cultural landscapes.

Reading Questions:
Keep these questions in mind as you read the chapter and organize your thoughts.

Introduction to chapter:
What is the main argument of this chapter?
What kinds of questions and sources does the author cite?
[Post-reading] Did the chapter accomplish its aims? Identify strengths and weaknesses of the method and argument. 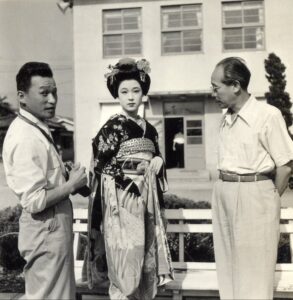 Actress WAKAO Ayako on the set of Gion Bayashi 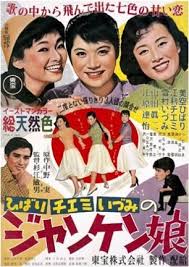 Released in the U.S. as So Young, So Bright 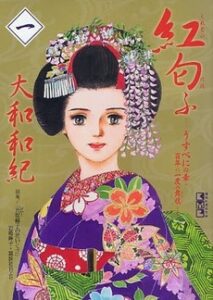 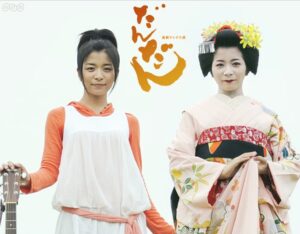 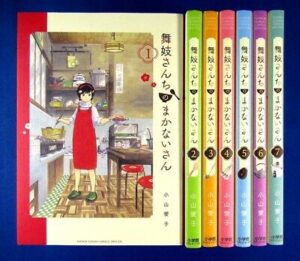 *Note: NHK-World began broadcasting an anime version in 2021 as Kiyo in Kyoto ashttps://www3.nhk.or.jp/nhkworld/maikosan/    You can find many frames from the manga online.

Conclusion to chapter:
What arguments does Bardsley make in the Conclusion?
What comparisons among these narratives stand out as important to you?
What other issues or comparisons do you see that Bardsley does not mention?

Broad Chapter Discussion Questions:  How do these narratives respond to the concerns of their eras?  How do changing representations of danna (patrons) and the atmosphere of ozashiki parties contribute to re-imagining the maiko’s role?  How do these narratives differently frame geisha/geiko? What do we learn about the concept of “maiko likeness” at the heart of Maiko Masquerade?

Your school is hosting a Japanese film festival and wants film suggestions.
Make a case for adding Gion bayashi or Janken musume to the festival.  Briefly describe the film, argue what it brings to the festival. [You decide what the theme and goals of the festival are. Tailor your proposal to fit those]. (250 words)

You learn that a publisher wants suggestions for a Japanese manga to publish in translation. Make the case for either Kurenai niou or Maiko-san-chi no Makanai-san. Why should your choice be made available in translation? (250 words)