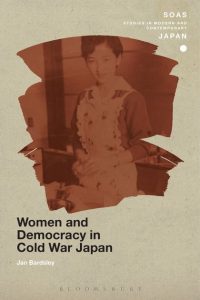 Women and Democracy in Cold War Japan offers a fresh perspective on gender politics by focusing on the Japanese housewife of the 1950s as a controversial representation of democracy, leisure, and domesticity. Examining the shifting personae of the housewife, especially in the appealing texts of women’s magazines, reveals the diverse possibilities of postwar democracy as they were embedded in media directed toward Japanese women. Each chapter explores the contours of a single controversy, including debate over the royal wedding in 1959, the victory of Japan’s first Miss Universe, and the unruly desires of postwar women. Jan Bardsley also takes a comparative look at the ways in which the Japanese housewife is measured against equally stereotyped notions of the modern housewife in the United States, asking how both function as narratives of Japan-U.S. relations and gender/class containment during the early Cold War.